Save money with these 20 Very voucher codes & promo codes

Very is the place to go if you want designer brands and top tech at high street prices.

The Very catalogue is packed with stylish fashion covers the entire family and fills wardrobes for less. You can pick up Very dresses for any occasion without having to hide the bank card for a week after. The same goes for Very suits and the a Very kids collection to cover the ever-changing wardrobe. They can help you fix up everyone’s style, keep on budget, and bag some designer looks while you’re at it.

On these hangers, you’ll find the most famous names in fashion and bag yourself a deal. Whether you want top sportswear from Adidas or something a little smarter out of the dazzling Ted Baker collection, the list of Very brands is a who’s who of style.

The online department store isn’t all about fashion, you can pick up top Very tech and Very electricals too. The incredible prices of Very laptops make it an amazing place to grab a deal on some of the biggest names in tech.

This is one of those shops that will take care of your whole life if you let it because you’ll find awesome discounts on everything from Very sofas to Very TVs. Okay, that’s just the living room but with trusted names and big discounts, it’s hard not to get excited.

This really is a one-stop-shop that offers incredible deals on life’s luxuries, and the everyday basics and a Very discount code will help you save even more.

With a huge range of products, from fashion and home to fitness and gaming, Very offer a little bit of everything, and with these money-saving tips, you can save big.

How can I get a Very discount code?

The easiest way to grab your Very voucher codes is to check back with MyVoucherCodes before placing an order. Our team constantly updates the page with the best Very deals around.

Can I get a Very free delivery code?

Yes, Very regularly release codes that unlock free delivery on selected appliances, or even across the whole site. These come and go so it’s a good idea to check MyVoucherCodes regularly if you’re looking to shop. Free click and collect is available on orders over £25 all year round.

Is there a student discount at Very?

Unfortunately, Very are not currently offering a student discount. This may change in the future and you can be sure we’ll have all the details for you should it arrive.

Can I get a Very catalogue?

Yes, you can request your Very catalogue on the website and order online once you have chosen your favourite products.

You can get in touch with Very by using their customer care phone number at 0800 11 00 00. This number is available Monday to Friday from 8am until 6pm. And on Saturday's it's available from 9am until 4pm.

You can also get in touch using the Very assistant on their website. It's available 24/7 and all you have to do is log into your account and
ask your question.

How to Use A Very Discount Code

To claim your money off voucher, do the following:

3) When you are ready to order, head to the checkout

5) Proceed to Step 3, where you will find a box prompting you to ‘enter coupon code’ 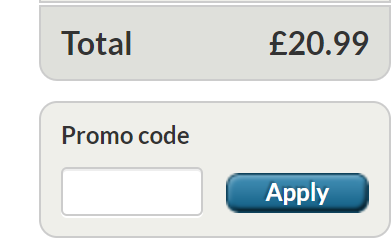 8) Enjoy your Very shop for less!

At Very, they make it super easy for customers to return an item. With varying return methods, you’ll definitely find an option that suits you best.

Charge: Free under our 28 day approval guaranteeMax Weight Limit: 10KGMax Size Limit: Depth 50cm x Length 60cm x Width 50cmService: Fast, convenient and great if you're out all day or really busy. Over 7,000 Collect+ stores in the UK, most are open late 7 days a week. Find out more.

Charge: Free under our 28-day approval guaranteeMax Weight Limit: Large items onlyService: Have our courier service come and collect those big and bulky items. Arrange a collection via My Account. Please note, a collection date will be arranged with you by our carrier within 24hrs of your request. Watch out for the text and/or email offering suitable dates for your collection.

Unfortunately, the first wave of Very Xbox Series X and S sold out unbelievably quickly and they are waiting on the next round of stock to fulfil the unprecedented demand. But if you’ve been lucky enough to grab you next gen console, Very gaming has got everything you need to jump in.

To keep you covered when the last second kill rage sends a controller flying, you can pick up the replacements you need to get back in the game. You’ll never have to play with a lead like an old timer again and the next time a 12 year old gives you stick over the headset, go wild.

This generation of games promises some truly stunning experiences that will push the industry to new heights. There is never an extensive list of games on launch day, but this time around there are some massive titles available. Call of Duty: Black Ops Cold War has taken the franchise back to what made it the powerhouse it is today.

The gaming subscription unlocks over 200 games to play whenever you want. There are always new games being added to the list and it’s a fantastic way of trying out games you might not look at if you had to pay full price for them.

And on the other hand it's always worth keeping your eyes peeled for the next wave of Very PS5 consoles. So, you can take your gaming to the next level, whether you're a Sony gamer, or you prefer Microsoft.

It doesn’t matter what season we’re in, there’s always a place for denim on the trending list. But as we head into Autumn 2020, Very have unveiled their brand-new collection of jeans and it’s packed with the big names we all love.

World famous brands like Levi’s and Calvin Klein sit alongside high street favourites like River Island and Topshop to make sure there are perfect pairs for every budget.

Skinny jeans are all about showing of your shape and as we head into big coat season, they will provide the perfect balance to any wrapped up warm look. Skinny’s are pretty much a classic style by now and no wardrobe should be without a clingy pair.

After making their comeback last autumn, the flare jean is still going strong and their 70s throwback style remains popular. The retro denim is perfect for Autumn/Winter because the wide legs match the silhouette of winter coats to create a seamless look.

These high-waisted 80s classics back for a boom in popularity and they’ll give you an old school mum look with a bit more. Mom jeans are perfect for when you want to keep your look simple. Throw on a T and a pair of trainers and your good to go with this pair.

Boyfriend jeans all about that comfy oversized look that is laid back and ready to chill on the casual days. The put a feminine twist on the classic men’s jeans look and create that effortless, borrowed from the fella vibe.